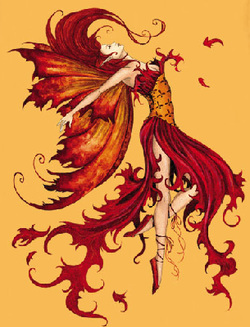 You may have already seen a fire sprite but did not recognize it. They can be both well-hidden or take on a more distinct form. Wherever there is a flame, a spark or ember, even smoke, it is almost for certain fire spirits will be present. They flicker in and out of the seen world in a split second.
Fire spirits have been with the earth since its birth from the flaming stars, and its formation from the forces of heat and fire with volcanoes and hot molten lava. Born from this energy were fire spirits, and they have existed since. They are some of earth’s oldest types of fairies. Some are quite great, both in size and power.